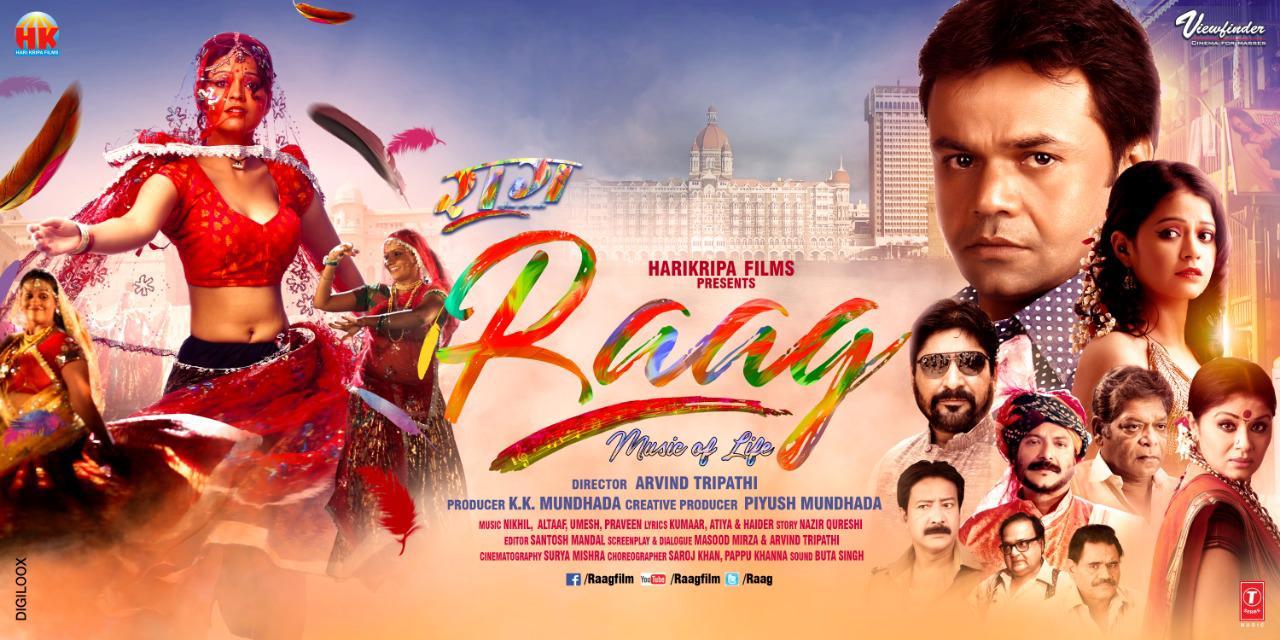 The film is directed by Arvind Tripathi, while it is being produced by KK Mundhra and Piyush Mundhra. The story of the film is written by Nazir Qureshi.

The story of the film is about a girl who succumbed to her condition from Bundelkhand to a city like Mumbai where she was kidnapped and sold in a red light area. How she fights with situations when such a time comes in her life, this is the most interesting point of this story.

Talking to the media, director Arvind Tripathi said that, “The truths and circumstances of life teach a lot of things to a human being, and many times they mix with themselves. The story of our film is also the story of one such woman who, being a victim of the situation, prepares herself to fight them and meets herself in the same struggle.

Let me tell you that its story is the story of a girl named Madhu who belongs to the Bedhia community and whose culture and profession is both a dance song. But Madhu wants to change the old tradition, but she is married. Not only this, but she comes to Mumbai from Bundelkhand and is sold in the market. A woman’s strength is realized when she goes to do anything for her self-respect.

Mumbai. Bollywood actress Kangana Ranaut’s Twitter account has been temporarily closed. Kangana has given this information by tweeting on Wednesday. He said that the ban was imposed after making a statement on the web series Tandava.

The actress tweeted, Liberals now started crying after going to their uncle Jack and temporarily banned my account. They are threatening me. My account / virtual identity can be martyred for the country at any time. But, my re-loaded Patriot version will continue to come through my films again and again. I will make you live

Librus cried to their chacha @jack And got my account temporarily restricted, they are threatening me mera account / virtual identity kabhi bhi desh keliye shaheed ho sakti hai, magar my reloaded desh bhakt version will reappear through my movies.

Let me tell you that recently Kangana Ranaut had expressed displeasure over the scene and dialogue of Saif Ali Khan’s web series Tandava, in which Zeeshan Ayub is seen in disguise of Lord Shiva. Recently, a user named Satendra Rawat has shared a video of BJP leader Kapil Mishra, which is now retweeted by Kangana Ranaut. Kangana wrote this video retweeting that the problem is not of Hindu photic content, but it is also constructively bad. Offensive and controversial scenes have been kept at every level. That too intentionally. He should be jailed for torturing the audience and for criminal intentions.

Follow these habits to keep life healthy, age will increase

The kind of life we ​​are living today, we may have many difficulties related to lifestyle. For this, it is necessary to take a healthy diet and consume junk food sparingly. A good lifestyle requires more emphasis on your health, so that you do not have to face diseases at a young age. Certain habits can make your life better and can also keep you away from cancer, diabetes, heart diseases. A good health can prevent you from getting many fatal diseases, as well as increase your lifespan.

Due to excess weight gain, your stomach starts bloating and you start falling prey to many diseases. Weight gain causes diabetes and arthritis, so you should avoid overeating and eat light and plain food. If you are gaining more weight, then you should do gym or yoga, this is a better option. If your weight is good, then you will look young and healthy for a long time.

When you eat junk food like pasta, pizza and burger, they work to increase your stomach and increase cholesterol in the body. This does not keep you healthy and after an age they start causing your diseases. For this it is important that you serve a green vegetable and do not eat too much fried or roasted food. Healthy diet can protect you from diseases at a young age. This keeps you away from diseases like diabetes, heart disease, cancer, high blood pressure and obesity.

Activities that increase your heart rate such as running, skipping, cycling, etc. are all included in cardio. Cardio is the best option to reduce high cholesterol, it helps to improve your heart health. It increases your ability to work, keeps you active and also keeps you away from many diseases. By doing cardio your calories are reduced and lungs are also healthy. Exercise becomes necessary for you after an age, so it is better that you do some exercise for some time. Do not consume alcohol, we all know that consumption of alcohol reduces your age and the body starts suffering from many diseases. Your intake of it causes you to gain weight and decrease your body. Also, if you drink less water, you may lose weight and may cause dryness or dehydration in your skin. It is important for you to drink several glasses of water a day and it also balances your weight.

Smoking is a dangerous to health

Smoking or tobacco is a major cause of cancer and it also causes huge amount of damage to the lungs. Its intake is very harmful, and it can also cause death of a person. Smoking is only toxic to your health and nothing else. If someone is used to it, then leave it today. Seek professional’s help if necessary and be free from it. It can cause early age and early death.

Mumbai. On Thursday, his sister Shweta Singh looked emotional on the birthday of late Bollywood actor Sushant Rajput. On the birthday of Sushant Singh Rajput, Shweta said that if he had been in this world, he would have celebrated his 35th birthday. Today, fans, relatives, close and Bollywood stars are remembering him on this special day and everyone is sad to lose Sushant.

Sushant Rajput’s sister Shweta Singh has remembered and shared a special note on her brother’s birthday by sharing some throwback pictures. Shweta Singh has shared a collage of several throwback pictures on her social media account. In which Sushant Singh Rajput, his sister Shweta, his niece and other family members are seen. Along with this, Shweta has also written an emotional note. He wrote in the caption, $$ Love you brother. You are part of me and will always be ..

Love you Bhai ❤️❤️❤️ You are part of me and will always remain so… #SushantDay pic.twitter.com/nDU8Zkeipp

Shweta Singh has announced special scholarship for students on the occasion of Sushant’s birthday. This scholarship has been announced for those students who want to study Astrophysics (Astrophysics) in Berkeley, USA. Shweta Singh wrote on social media account, I am happy to announce that on the 35th birthday of Bhai, a step has been taken towards fulfilling one of his dreams. A $ 35,000 Sushant Singh Rajput Memorial Fund has been established in Berkeley, USA.

Anyone interested in pursuing Astrophysics at UC Berkeley can apply for this fund. Grateful to the Angels who made it possible. 🙏 Happy Birthday my little Brother, I hope you always stay happy wherever you are! Love You ❤️#SushantDay https://t.co/Bgv3vmmBoQ pic.twitter.com/zqSTIEEAR4

Anyone interested in pursuing astrophysics in the US Berkeley can apply for this fund. Grateful to the departed who made it possible. Happy birthday my younger brother, I hope you are always happy wherever you are! I love you very much Please tell that Sushant Singh Rajput had said goodbye to the world on 14 June 2020. On 14 June, Sushant was found dead in his flat in Bandra.